All of our plans include 30 days worth of backups to make sure your site and its data are always safe. While the best way to restore the backups is over SSH, we've also implemented some of the most useful features and information into the Seravo Plugin Backups page.

This postbox shows the general information about the site's backups.

Our backups run automatically every night, but you can also trigger a backup to be made manually from the command line, as well as this backup tool that we've implemented into the Seravo Plugin.

This postbox lists all the currently stored backups of your site along with the size and timestamp of each backup. We use incremental backups, so in addition to the size of each individual backup, we show the cumulative size of the backup. 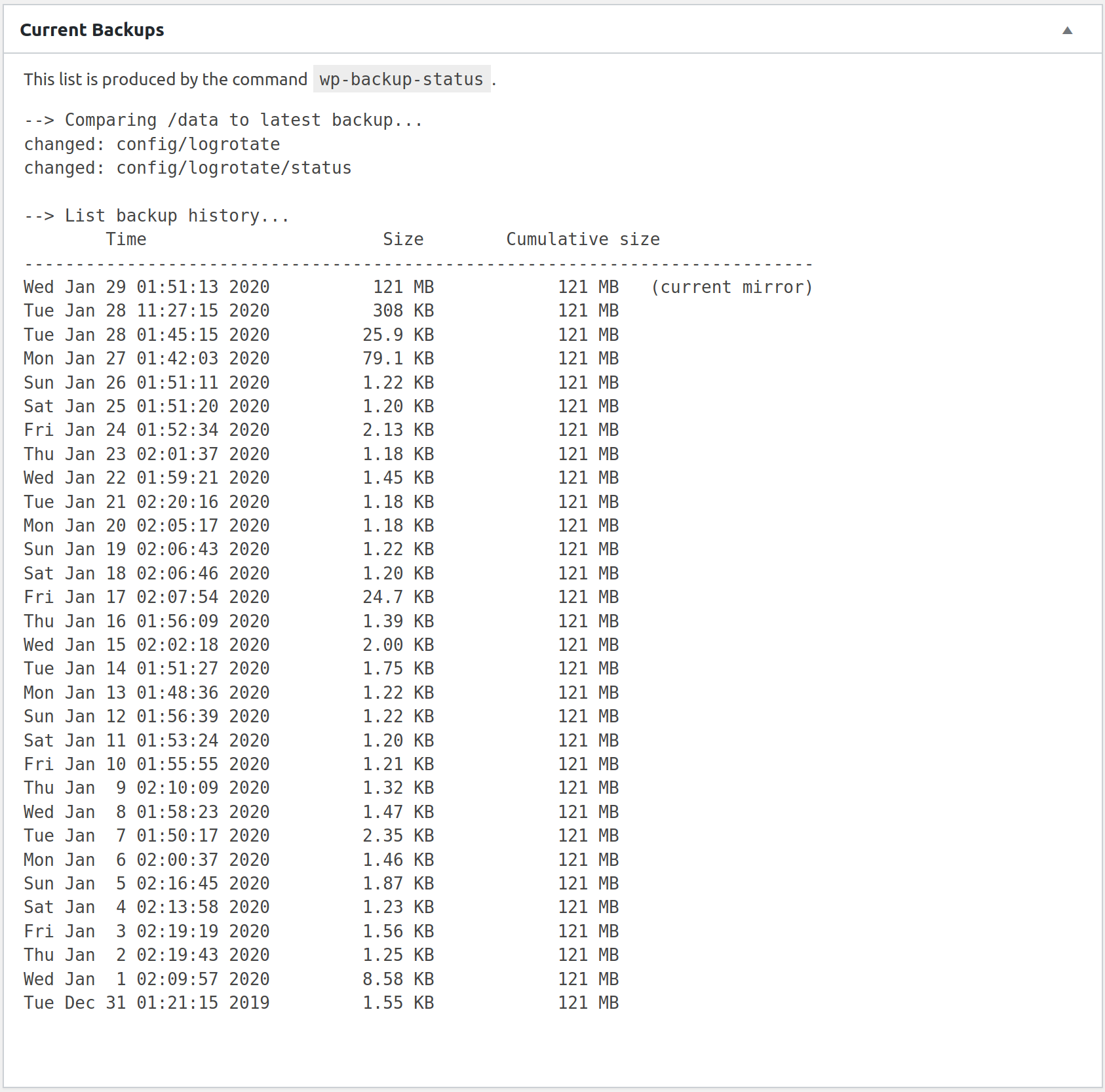 Files Excluded from the Backups

If you store sensitive data, large files not related to the site or simply wish to exclude something from the backups, this is where it's shown when successfully excluded. To modify the list of files to be excluded from our backups, navigate to the /data/backups/ path and modify the exclude.filelist file with your favourite text editor.

Did this answer your question? Thanks for the feedback There was a problem submitting your feedback. Please try again later.
Last updated on May 17, 2022